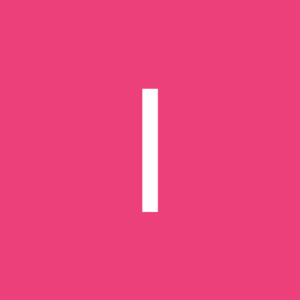 If you think you’ll be able to execute your big idea alone, you’re dreaming. So making sure you all get along is paramount. The problem is college students who are all just as eager, overzealous and ambitious as you will eventually clash – especially if everyone has different visions for the company. Being a Startup Consultant by Profession, I am regularly receiving phone calls or meeting with founders who are almost crying as they tell me the difficulties they are facing.

Building a business is hard as hell. Keeping it afloat is even harder. One of the most difficult times for a startup is when its co-founders are entrenched in a dispute. When a large disagreement arises, it is easy to become very emotional and defensive. This is completely understandable: your business is your baby; you’ve spent years building it up to where it is now and don’t want to harm it with a bad decision. In these high-intensity situations, we often default to our worst behavior. That’s why the quality of the relationship among co-founders is one of the most important elements of successful startups. One of the biggest causes of startup deaths is co-founders not getting along with each other, arguing, drifting apart and ultimately splitting up.

Managing a startup is clearly not “fun”. It needs a lot of work, focus and organization. Founders need to manage cash flow efficiently to be able to keep the company alive until a potential success.

Major cause for conflict amongst Co-founders:

Here are five tips to help you avoid severe conflict with your co-founders.

1. Trust, trust, trust: If you don’t have faith in someone, don’t bother working with him or her. You need to be able to trust that your co-founder has the best interest of your company at heart and is just as committed as you are to the venture. It’s indeed this trust that will prove to be the difference between constructive criticism and negative conflict.

2. Keep it clean: The younger you are, the harder this may be for you. However, using leverage that you have on your co-founder to further infuriate him in light of a disagreement only makes things worse. Keep your business and everything else completely separated and professional. Diluting your argument with non-business related issues only trivializes the gravity of the disagreement and serves as a catalyst to conflict.

3. Don’t be too quick to pass judgment:  Mistakes happen. If you genuinely trust your partner, you should avoid jumping to conclusions before hearing his side of the story. Many companies have crumbled due to misunderstandings that could have otherwise been avoided if people just waited for more information. So, when push comes to shove, don’t. Instead, give your co-founders the benefit of the doubt.

4. Make up quickly: Tension between co-founders hurts the business. After a fight, remember the journey is still long and tough. You need each other, so make up sooner rather than later.

5. Spend some time out of the Office Environment: I’ve found that it’s often helpful to have a trusted advisor (could be mentor all Co-founders know, fellow CEO, Startup consultant like me, Lawyer, etc.) and talk through the issue jointly in a partnering rather than competitive mode.

Disagreements are often valuable and productive when everyone involved feels comfortable enough to speak freely and honestly. But this is not easy to do when faced with decisions that will dramatically impact the business. There’s a lot of risk and fear tied in with these kinds of decisions which makes it difficult to empathize with other perspectives. Don’t let a poorly handled disagreement harm your business. When you are entrenched in a disagreement, it can be difficult to remember that you and your co-founder are on the same team and that there is almost always a way to resolve your differences.